Do You Unknowingly Delay Every Task? There’s A Surprising Reason Behind It!

Did you know that your laziness and rash decision-making can have a genetic connection? Yes! Procrastination and impulsivity are the two tendencies that have overpowered the human mind and slowed down its cognitive abilities. However, new research has proved that behavioural genetics may have a greater role to play in your habit of delaying things. Let us explore more.

It’s in your genes!

We all have procrastinated some or other task at some point in our lives! However, some people get into the habit of delaying even basic tasks, like bathing, having meals on time, or even waking up, which later on starts affecting their daily life. Research also shows procrastination leads to poor and impulsive decision-making. While many people think that both of these behaviours are subjective choices, new research shows that hasty behaviour and the habit of delaying are genetically inherited behaviours. 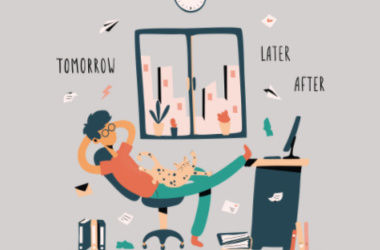 Based on an evolutionary viewpoint, impulsive behaviour can be traced back to our ancestors. When the future was unclear, our ancestors must have been predisposed to seek out immediate benefits. This uncertainty led to an impulsive orientation in them.

On the contrary, procrastination seems like a relatively recent phenomenon in human history. In the contemporary era, we have a variety of long-term objectives for which we must plan, but we frequently put them off, leading to an endless loop of procrastination. 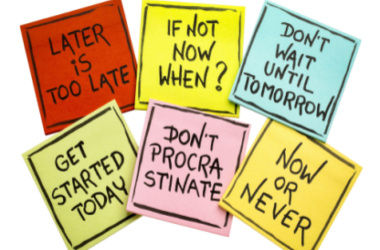 That result implies that procrastination is an evolutionary outcome of impulsivity and that it probably shows up more in the present world than in the times of our ancestors.

Furthermore, it was also seen that by delaying tasks and making hasty decisions, you’ll certainly be falling short of your life goals.

How Do You Control Procrastination and Impulsivity?

While there is no simple way to manage these responses, measures that may help you become proactive and make better decisions in life are:

Make sure you have clear goals as it enables you to clarify your objectives and increases the likelihood that you will follow particular objectives as opposed to broad or abstract ones.

You should decide what you want to achieve and, if feasible, write it down in as much detail as you can. For instance, setting a goal like "write an essay" is not very specific. Therefore, it is more likely to lead to delay. Use a more clearly defined goal such as "write the introduction of my essay by 5 PM along with the date".

After you have outlined your objectives, you should evaluate the nature of your impulsivity and procrastination. Once you have established a fixed time for your objective, pay attention to how and when you delay. Now try to find the reasons behind the delay. Even if you think you know the reason, reviewing it can still be helpful since we sometimes mistakenly ascribe procrastination or impulsivity to traits like laziness or a lack of self-control while our underlying issues actually entail issues like anxiety or a fear of failure.

3. Make your plan of action

The next stage is to develop a plan of action and identify the tactics you may employ to prevent yourself from making impulsive decisions or delaying once you have established your goals and evaluated the underlying cause. Methods that may help include:

Both impulsivity and procrastination are common phenomena that can impact people in many spheres of life and are linked with stress and mental health disorders. However, setting specific goals for yourself, determining the nature of your issue and making your plan of action would help you get rid of this habit. Therefore, before you rashly attribute your procrastination and impulsivity to your genes, take a moment to evaluate these traits and make a difference in your behaviour.

You can also consult a mental health expert to help you get rid of these habits.

ADHD in Children: Is Your Child Restless, Inattentive or Impulsive?

It is normal for children to be restless, inattentive, and demonstrate impulsive behavior. However, if these behaviors negatively impact their daily lives, it could be a sign of ADHD.

Could My Mood Swings Be a Sign of Bipolar Disorder?

Food and Mood: More Connected than You Think

ADHD in Children: Is Your Child Restless, Inattentive or Impulsive?

It is normal for children to be restless, inattentive, and demonstrate impulsive behavior. However, if these behaviors negatively impact their daily lives, it could be a sign of ADHD.

Could My Mood Swings Be a Sign of Bipolar Disorder?

Food and Mood: More Connected than You Think