Is It Safe to Have Sex During Pregnancy?

We all know that having sex with your partner is a great way to strengthen your bond, but is it safe during pregnancy? The answer is simply "yes," though there are times when it should be avoided.

This blog shall answer your sexual desire worries and most common questions, like "Will pregnancy sex harm the baby?" "When should you avoid sex?" "What are the benefits of sex during pregnancy?" and "What is the safest sexual position?"

Will Pregnancy Sex Harm Your Baby?

The new life happens to grow and develop inside the mother’s womb in a well-protected sac. This sac acts as a cushion, shielding the growing baby against any harm. Now while having sex, penetration happens into the vagina, beyond which lies the cervix, and then comes the baby in its sac.

So, anatomically speaking, having intercourse is perfectly safe for your unborn child. But there are circumstances in which you should probably abstain from sexual activity.

When Should You Avoid Sex During Pregnancy?

Your doctor may recommend against any type of sexual activity during pregnancy if you exhibit any of the following symptoms:

To bleed lightly for a few days in early pregnancy is quite normal. But as the months' progress, notable bleeding in the vagina can prove to be risky. So the best practice is to refrain from sex during these times to avoid any further complications.

If you have a history of cervix diseases, such as cervicitis (inflammation of the cervix) or cervical incompetence (the cervix opens up weeks before the baby is due or abnormal growths on the cervix), you should avoid sex to keep any infections and pregnancy complications at bay.

Embryos' genetic or chromosomal issues are the leading cause of recurrent early miscarriages (within the first trimester).

So if you have had such a history of recurrent miscarriages, you should avoid sexual activity to protect yourself and your unborn child from uterine structural problems that could lead to miscarriage in the early stages of pregnancy.

Yeast infections are especially common during pregnancy because hormonal changes can throw off the pH balance of the vagina. Yeast infections often cause vaginal itching and a white, thick discharge that looks like cottage cheese. Hence, having sex can be painful and might make your symptoms worse!

Though yeast infections don't usually cause problems for the mother, you can pass the yeast on to your baby when you give birth. This can later affect the newborn’s breathing and heart rate.

If your cervix is short, you will be well-informed by your doctor to not engage in any sort of physically taxing activities. While it should be completely okay to do your daily chores, sexual activities are an absolute contraindication.

According to a study, women who gave birth at 32 weeks or sooner had a short cervix at 23 weeks of pregnancy.

Your doctor would not recommend intercourse while pregnant for women whose placentas are low-lying. Engaging in sex may cause the placenta to bleed profusely.

In such a condition, the placenta totally or partially covers the entrance of the cervix. Due to this, even an orgasmic episode risks heavy bleeding. For the same reason, sexual activity must be avoided at all costs.

What Are the Benefits of Sex During Pregnancy?

If your pregnancy does not involve any serious complications, sex during pregnancy can rather be helpful in many aspects. According to a study, a healthy pregnancy calls for safe sex and has zero chances of miscarriage or induced early labour. Check out these benefits that sex offers during your pregnancy:

Even pregnant women need to have their fair share of orgasms. They pose no threat to the developing baby. In hindsight, your unborn child perceives an orgasmic wave during pregnancy as a soothing touch of massage. 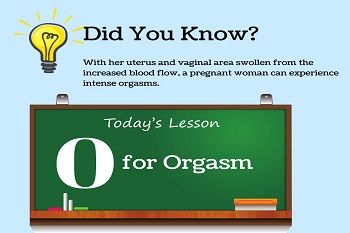 With regular sex, both partners can benefit from the calorie burn and the fitness benefits. Hence, why avoid it, especially when an expecting mother has to maintain her weight!

The foetus also benefits from the mother and father's increased intimacy through sex during pregnancy. How? The hormones produced during sexual activity help the developing foetus take in more oxygen and nutrients. 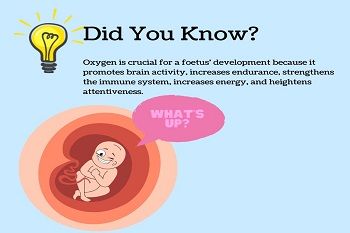 Sexual intimacy releases hormones that contribute to positivity and aid in alleviating feelings of anxiety and depression.

What Are the Safest Sexual Positions While Being Pregnant?

It's true that the goal of various sex positions is to maximize sexual pleasure, but what about a pregnant woman? Almost any position will do as long as you are comfortable.

Although, your growing belly may make it challenging to enjoy sex, it is imperative to protect your belly. Given are some of the sex positions a couple can try.

According to experts, a pregnant woman should avoid the all common position called the missionary position. On the other hand, there are some positions suitable in all trimesters like:

It's a common misconception that having sex while pregnant is unhealthy for both the mother and her child. But the truth is, unless she has complications with her pregnancy, a woman can have sex as long as it is safe and comfortable for her and the baby. If you found this blog to be helpful, show some care and share it with your loved ones.

Consult our gynecologists to debunk the myths about sex safety and pregnancy!

Erectile Dysfunction Home Remedies: All You Need to Know!

Men with erectile dysfunction can find difficulty to maintain or unable to get erection. Because of this, couples who are trying to get pregnant can be difficult. Consult our doctors to know more about this condition.

Read why men should pay heed to their sexual health to ensure overall wellbeing.

Erectile Dysfunction Home Remedies: All You Need to Know!

Men with erectile dysfunction can find difficulty to maintain or unable to get erection. Because of this, couples who are trying to get pregnant can be difficult. Consult our doctors to know more about this condition.

Read why men should pay heed to their sexual health to ensure overall wellbeing.